This Trailmakers Game is Ludicrously Fun 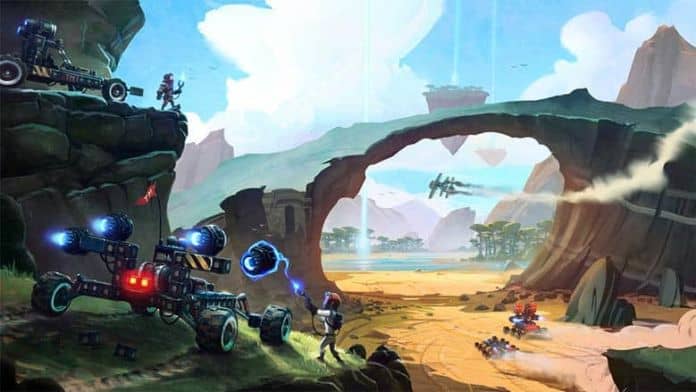 Whenever my kids ask me to play with LEGOs with them, I always find myself defaulting to building a vehicle of some sort. Cars, planes, and spaceships are all easy to build, and seeing what sort of strange-looking-yet-functional vehicles I can create never ceases to amuse me.

So when Trailmakers, a game that has you create your own vehicles and do with them as you please, blipped on my radar, I was quite intrigued. And now that I’ve been playing it for the past week, I have to let our readers know what they should expect.

The short of it? Expect hours to breeze by unexpectedly as you try to perfect a unique craft. Before you know it, you’ll have spent three hours on the same vehicle, fiddling with it until you can get it to look and move the exact way that you want.

If you love tinkering in games like Minecraft or Terraria, Trailmakers is a game you HAVE to play. No, it’s not the same sort of building; you aren’t building houses, villages, or entire civilizations. Instead, you’re focusing solely on creating a vehicle from scratch using the provided Blocks at your disposal.

These Blocks range from things like literal building blocks to different types of engines, wheels, items that influence the aerodynamics like wings, tailfins, spoilers, and the like, mechanical items like servo, hinges, etc, and even weapons that you’ll use to mess around with your friends.

It sounds a bit basic, sure, but when you have to build a vehicle that moves the way that you want it to using these specific tools is where it gets interesting. Physics are a major factor in crafting your vehicle, as you not only have to make a vehicle that’s well-balanced in weight, but also one that is able to propel forward (or in the direction you want it to) with the ability to control its direction while it’s in motion.

You can make vehicles that stay grounded, with varying speeds and controls. You can make hovercrafts, spacecrafts, and other aircrafts to your heart’s content. You can make a mix of both, a vehicle that can handle land and air when you need it to.

It’s all about trial and error, as there are no gauges of any sort to help you while you’re in building mode to determine if your vehicle is going to have proper weight distribution, ability to move, hover evenly, etc. This gives each vehicle a sort of puzzle-solving element, and if you’re patient enough to get your vehicle working the way it should, the sense of accomplishment is unparalleled.

You’ll think you have a build right, and then when you go to test it out, you might discover you can’t turn as well as you’d like to (or in some cases, even at all). That’s when the tinkering starts; you’ll head right back into the building mode to start toying with ideas about what to add or remove to make your vehicle handle the way you want it to.

That’s exactly the brilliance of Trailmakers: you’ll have to use your imagination to achieve the end result you’re looking for. As shown above, I’m in the process of building Luke Skywalker’s Landspeeder from Star Wars, and while it looks decent enough and it can get up to speed rather quickly, it doesn’t turn as well as I’d like it to. Luckily, I can save the blueprint and go back to tinkering with it another day, which I plan to do here soon.

Of course, this sort of trial and error lends itself nicely to the spectacular (and often hilarious) fails you’ll achieve while playing. For example, accidentally assigning one of my thrusters to the wrong key caused my hovercraft to fall down into a pit of lava and explode. This is just one of the many (MANY…no seriously, MANY) explosions that were a result of my poorly crafted vehicles. 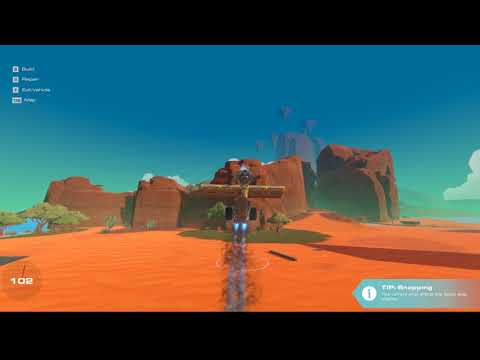 There are three basic game modes in Trailmakers available right now: a single player expedition (which should basically serve as a tutorial mixed with a few challenges to allow you to get the hang of things), a sandbox mode (which allows you to build whatever sort of vehicle you want and mess around aimlessly), and a multiplayer mode (which allows any user to host their own sandbox mode for friends to join in (or randos, if you want to make some new ones)).

It’s all a bit crude in design, at the moment, and admittedly, the lack of modes might keep the less imaginative players uninterested. However, we’ve been kicking the tires (pun absolutely intended) for the past week and are enjoying ourselves tremendously. 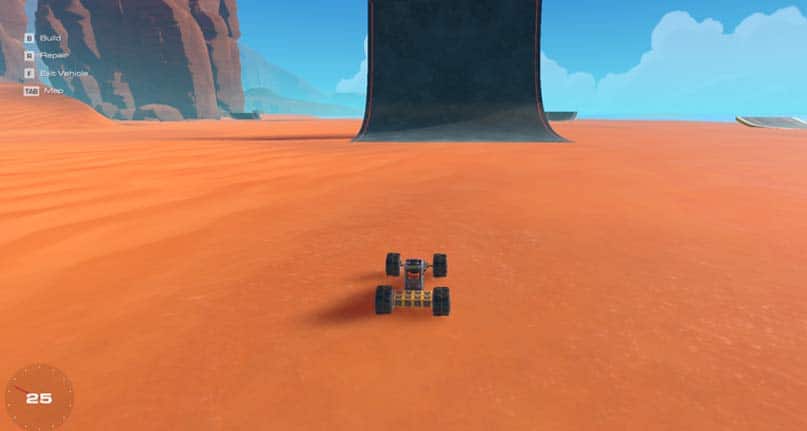 While Trailmakers is clearly a barebones game at the moment (it is in Early Access on Steam, after all), we can definitely see the direction in which the developers at Flashbulb are headed. And, we’re DEFINITELY diggin’ the vibes. While it’s undeniably fun as it is right now, we see even more potential for this vehicle constructor game’s future, and are already kicking around ideas of things we’d like to see make it into Trailmakers updates down the road.

For now, we’ll keep on creating ridiculously cool vehicles and sharing them on our social channels — for no other reason than simply being able to, and we hope you’ll take our word for it and jump-in on Steam via Early Access soon.

Previous articleDeal: Black Panther Collections & Singles Up to 67% Off
Next articleDynasty Warriors 9 Review