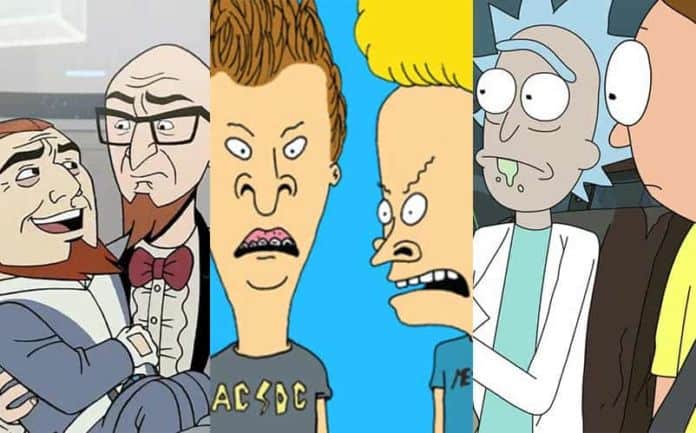 In the past 25 years, it has become clear that animation isn’t just for children anymore. As kids, we saw the tame Flintstone family live in the Stone Age, Jackie Chan search for magic talismans, and a talking sponge live his ridiculous life in Bikini Bottom. Now, cartoons targeted towards adults that grew up with Saturday morning cartoons surround us. The likes of Adult Swim, Comedy Central, and Netflix have given us plenty of cartoons aimed to the older crowd, and there are so many of them that we’ve grown fond of over the years.

In the sea of endless adult cartoons, each of which is trying to push the boundaries of animation, there are some duds as well (we won’t name names). But, the list below consists of cartoon series that aren’t family-friendly. These shows are violent, profane, and controversial, and this list doesn’t even include any anime.

Editor’s Note: I’ll note that we’re fully expecting people to take to the comments with anger about Bob’s Burgers not making the cut. However, we don’t consider Bob’s Burgers to be an adult’s only affair. So, you know, take it easy — we absolutely love the Belchers.

In 1993, we were introduced to three amazing things, Mike Judge, and the two certified idiots he created and voiced. Beavis and Butthead are teenagers obsessed with heavy metal and women. They spent a lot of time with the former, not so much with the latter. The show, which aired on MTV, featured music videos that were then critiqued by Beavis and Butthead with ridiculous results.

When they weren’t watching TV, their social ineptitude created hilarious situations. The show was so popular that it led to a spin-off with Daria, plenty of video games, and even a Beavis and Butthead movie. Beavis and Butthead was a big influence for many creators, and we can easily see tributes to these two idiots in a lot of today’s adult animation. 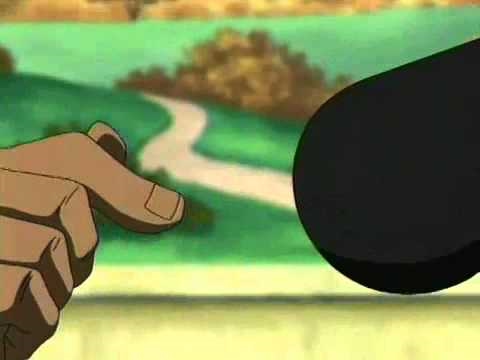 The Boondocks began as a controversial comic strip, but then the cartoon took Adult Swim by storm in 2005. The show focuses on an African American family named the Freemans, and features completely exaggerated characters, hot-button topics, and hilarious moments.

The show didn’t hold back, and was upfront with its blend of dark humor and satire. The show was so good, that an episode based on Martin Luther King Jr. waking from a coma won a Peabody Award for its self-awareness and depth. Yet, it did so while remaining comical. The Boondocks did gradually worsen as it continued, but the first few seasons are a must-watch for those looking for good adult cartoons. 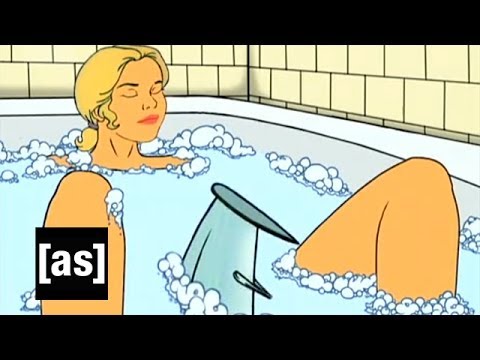 Based on a short-lived Hanna-Barbera cartoon by the name of Sealab 2020, this show completely flips the science fiction adventure format on its head. Sealab 2021 was filled with raunchy jokes, insane humor, and unforgettable characters.

The crew consisted of a confused Captain, a wild marine biologist, a brainless assistant, and so many more. Sealab 2021 was one of the original Williams Street series, starting the company’s huge success on Adult Swim. Sealab 2021 proved that incoherent stories sometimes make the funniest shows. 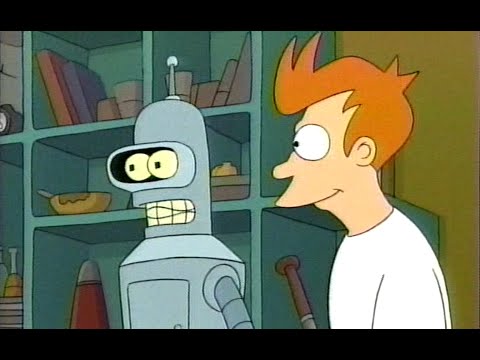 Futurama, created by Matt Groening of Simpsons fame, was a look into a future where a space-traveling delivery company traveled the universe causing chaos and finding insanity, all the while delivering their packages. Unlike The Simpsons, Futurama was darker and dealt with the stranger aspects of space exploration and comedy. The Planet Express crew encountered were-cars, a killer robotic Santa, and even Bigfoot.

With a diverse cast of characters and unique stories, the series had a large following, making the comeback after its 2003 cancellation a big success. It is widely considered to be one of the best adult cartoons of all-time, and who are we to argue. 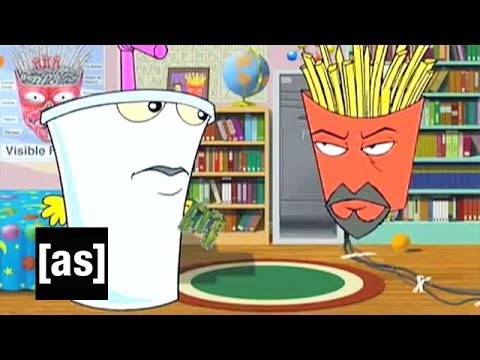 Meatwad, Frylock, and Master Shake are the most unlikely protagonists ever, yet they make Aqua Teen Hunger Force an incredible show. It’s a difficult series to explain, to say the least. Being another one of Williams Street’s originals, this show delved deep into the insane and surreal every single episode.

The group of fast food characters brings destruction and insanity with them wherever they go. With their next-door neighbor, Carl, they make seemingly simple things hilarious while it devolves into madness. All I have to say is watch an episode or two, that’s all you need to get hooked to this delightfully bizarre show. 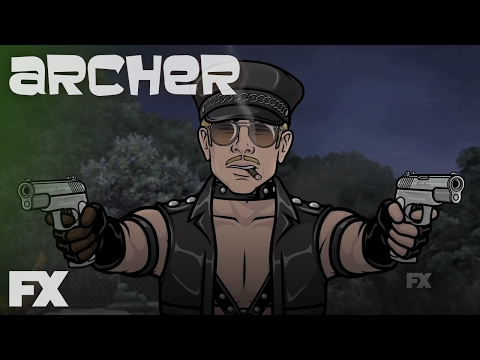 Sterling Archer has solidified himself as a classic animated character with this spy/action comedy series. This FX show brings a completely inept, sometimes successful, espionage agency into the light while their top agent goes around the world on ridiculous missions. Archer has become a quotable machine with amazing moments and hilarious one-liners, thanks to its often ridiculous nature.

The show is completely self-aware, and is well written, highlighting old and new pop-cultural references. With an incredible cast that includes Aisha Tyler, Jessica Walter, H. Jon Benjamin, and Judy Greer, this show makes any small moment amazing. Though most episodes can be watched independently, the writers do a great job of making an overarching storyline, which makes this funny adult cartoon even better with deep jokes and hilarious references. 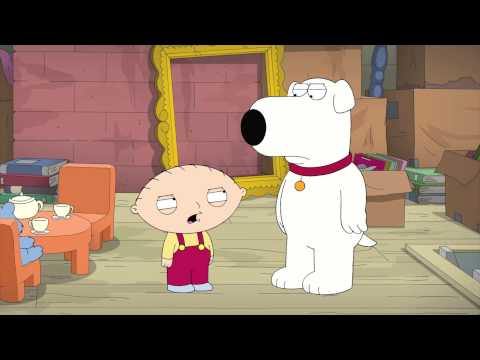 The story of a dumb father and his odd family has been done and done really well, but what Family Guy does differently is not try to be too complex. The show prides itself on its slapstick humor, hilarious characters, and dumb jokes. The show has had massive success and became the face of FOX’s Animation Domination on Sunday nights alongside The Simpsons, and at one time, American Dad and The Cleveland Show.

Its popularity wasn’t always the case, however, as Family Guy became a Cinderella story of sorts when it was originally canceled in 2002. The show’s reruns were broadcast on Adult Swim, where it became a massive success and demanded a revival. Once the show returned, it became an animation powerhouse that has been full of hilarious moments. With a fantastic cast of characters, the show is always worth a watch, though the older episodes are where the show shines brightest. In fact, Family Guy is only a smidgen of its once great self, but there are still a few new episodes that stand out as being great.

This mock-adventure show proves that a good story can make even an animated adult comedy show incredible. The Venture Bros. makes fun of the older adventure shows like Johnny Quest and the ridiculous troupes it created for the genre. Adventure after adventure, Team Venture gets funnier. With hilarious villains, generic henchman that eventually become non-generic, and exciting moments, the show is a must-watch and always worthy of a late-night binge session. The overarching stories and melodramatic events are a series staple, and it’s always fresh from season to season. The Venture Bros. is also filled with amazing cameos and fantastic writing, which helps make every episode stand out. Go Team Venture! 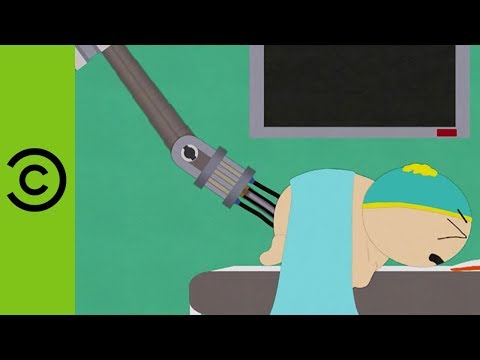 South Park, the series about kids in South Park, Colorado, has become one of the most iconic adult cartoon shows around by mocking everything from The Passion of Christ to the Wii to Rosie O’Donnell. The show, created by Trey Parker and Matt Stone, makes a point to joke about everything possible, not singling out any one thing in particular but, instead, make fun of all things equally.

The creators have stated multiple times that everything should be made fun of, no matter what. The show is currently on season number 19 and it has a right to have that many seasons. South Park keeps fresh by working off of pop-culture and events that happen in reality. It’s unsure how long the show will go on for, but there is no doubt about it, this show is one of the best shows ever. If you are reading this list, it’s likely you’ve seen at least one episode of South Park and you love it. 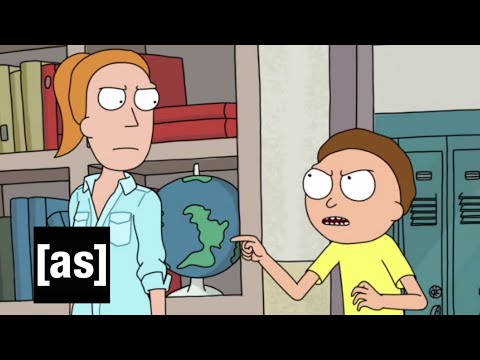 It’s a tough job to beat South Park for best adult cartoon, but Rick and Morty is without a doubt the best. Though the show is much younger and still fresh, it has been a tour de force as an animated comedy. Crazy drunk scientist Grandpa Rick Sanchez, voiced by Justin Roiland, and dumb adolescent Morty Smith, also voiced by Justin Roiland, go on adventures through dimensions and around the universe creating chaos and hilarious situations.

Dan Harmon and Justin Roiland created Rick and Morty with a fairly small team. The show has a unique balance between insanity, fantastic storytelling, and hilarity. The show usually has two storylines going on at once, converging at some point making for amazing moments that are completely unexpected. There have been clone servants called Meeseeks, massive alien heads demanding musical performances, and an intelligent dog uprising. What more would you want from an animated show than doing something you could never do or see in real life?