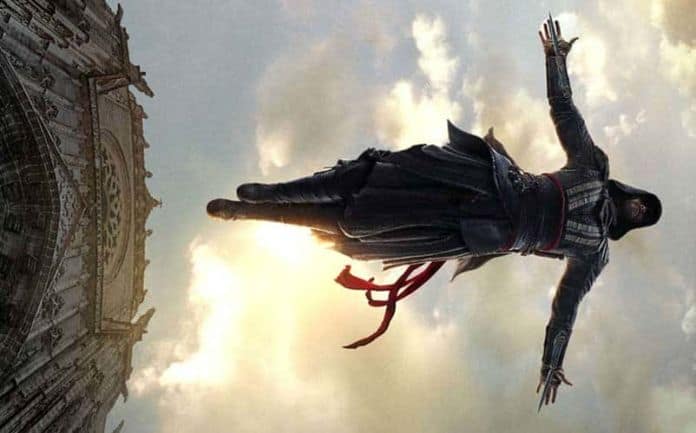 Video games and Hollywood have had a rather strenuous relationship given that almost every live action adaptation of a game has only ranged between just okay and a total garbage fire. Yet, for some time gaming’s biggest properties have been left untouched, with only a few relegated to animated films such as Dead Space or Final Fantasy XV. 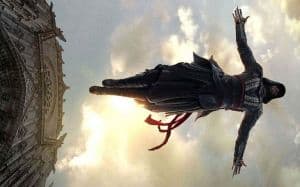 Enter Ubisoft and their massively popular franchise Assassin’s Creed, which on paper seems like an easy fit for western audiences given the large fan base, nonsensical plot, and heavy focus on elaborate chase/fighting sequences. However, the poor balance between the past and present, mixed with terribly underwhelming supporting characters makes Assassin’s Creed just another footnote in Hollywood’s attempt to master this genre.

Before we get into there is a rather large elephant in the room that needs addressing since this is a film with a rather large franchise behind it. The. Games. Don’t. Matter. Look, I’ve played virtually every game in the series, but the game’s story and explanations for certain characters, actions, locations, or items do not absolve a script from not explaining them. Someone shouldn’t have to be knowledgeable of the franchise to enjoy a film based off it as nods and understanding for the games should be used to enhance your understanding of the story. The story of the games does not matter in the end when it comes to a filmmaker and script writer’s job at explaining the plot and central character arcs.

Unlike the games, Assassin’s Creed is set more in the present than the past with the main story focusing around convicted death row inmate Cal Lynch (Michael Fassbender). After being put to death, Cal awakes in the mysterious Abstergo laboratory where he is informed by a scientist named Sofia (Marion Cotillard) that he can gain his freedom if they let them dig around in his past. This is done with a machine called the Animus that allows users to relive the memories of their ancestors, who in this case is the assassin Aguilar during the Spanish Inquisition. 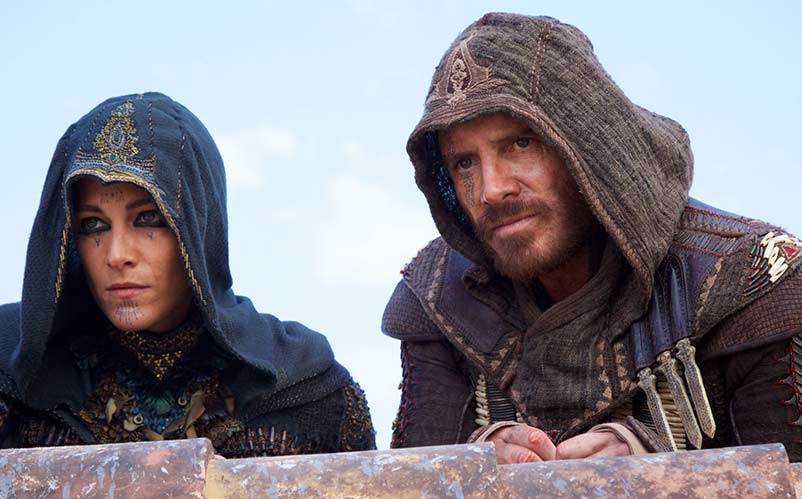 This is where the film’s biggest problems begin to manifest, as director Justin Kurzel struggles to balance both the past and present sections of the film. While the past makes up the bulk of action sequences there are moments where we as an audience are supposed to be emotionally involved, yet this is nearly impossible because we’re never given a chance to know these former people. Characters in the past are never really explored beyond “look how badass they are” and it makes the slower, more character driven moments only that more awkward.

Though what does work is the visual representations of the past and present via coloring, language, and overall design. There is a clear distinction between the two that makes them feel like truly separate timelines, with the most obvious being a surprising choice to make all of the dialogue in the past in Spanish. Yet, this is pretty much the only thing outside of the actual fight sequences that work for the past, as both the villains and supporting characters aren’t interesting enough to root for or feel engaged with.

Shifting to the present things fair a little better (which is surprising given how the future portions are pretty much universally loathed) thanks to more intriguing plot and characters. While Cal is interesting at times (even when Fassbender completely overacts for certain scenes), it’s actually Cotillard’s Sofia who steals the show. Unlike the other Abstergo employees, she cares less about the Templar/Assassin blood feud and more about furthering her science. It’s a nice shift and there is a rather high emotional moment at the end that she nails.

In terms of the other characters they range from stereotypical to completely nonsensical, with the majority of the other test subjects making up the latter. It feels like there are either parts are missing or completely cut out because certain random characters are suddenly supposed to be relevant by the end. This makes Assassin’s Creed disjointed and only helps to highlight the massive balancing issues that the story suffers from. 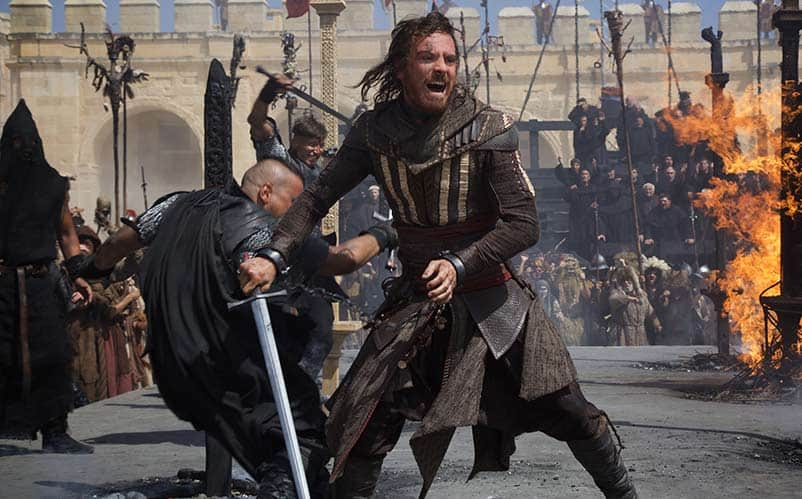 What’s more surprising is how the film takes the film to flesh out the Templar order in the present, which actually becomes more intriguing and overshadows a lot of the past endeavors. This becomes more apparent the longer the film goes on and it will make you wonder why this just wasn’t the main focus of the film. Yes, the past stuff is much of what makes the games unique, yet that balance works because it has 40+ hours to tell a story. Trying to effectively work between two narratives that loosely intertwine around a magical item doesn’t work.

In the end, Assassin’s Creed isn’t the worst or the best video game adaptation to come along. It’s not a film that should upset the hardcore fanbase too much, but it’s also a movie that both makes and wants to eat its cake too. While the action and certain sections are enjoyable, it’s the softer story driven moments that miss every single time. There a lot of plates spinning in the air at the time, but sadly only a few of them are actually noteworthy. This is a Leap of Faith that misses the haystack and ends up splattering across the ground.