Fortnite Monopoly Brings Battle Royale to the Board 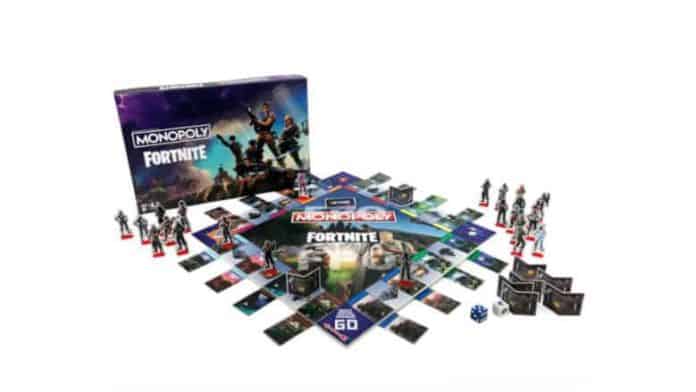 Monopoly: Fortnite Edition Board Game Inspired by Fortnite Video Game Ages 13 and Up
−$1.14 $18.85
Buy it on Amazon

Epic Games (somehow) has managed to find a new platform to Fortnite on. Though it’s not likely one you’d expect. Fortnite Monopoly is on the way.

Many licensed based Monopoly board are simply reskins, but it sounds as though the base game will be radically changing to introduce as many of the battle royale’s mechanics as it can. The storm is a key component of Fortnite Monopoly. And while collecting property will still be a key component here, a new lives based mechanic will mix in the Fortnite flavor.

During gameplay, players will have the option to roll dice as they would typically and move across the board. But they’ll also have the option to apply bandages for healing or to even attack other players that are in their line of sight. The retailer Zavvi was the first to release the details on Fortnite Monopoly, but it appears as though that may have been earlier than intended. The listing is no longer available. But the game was priced at $34.99 and included the following details:

Expect Fortnite Monopoly to be officially announced sometime in the near future. And then expect it to be one of the hot holiday items of 2018.

Previous articleThe Teenage Slasher Movie Book (Expanded Edition)
Next articleFortnite Nerf Blasters Droppin’ Spring
Jeff Scott
Growing up a 90's kid, Jeff found his love for gaming during Nintendo's heyday. Because of that, you could (perhaps sadly) call him a "Nintendo Fanboy" to this day.