We first heard of Vostok Games’ Fear the Wolves battle royale game when it was announced back in February. 6 months later the studio has announced that the title will be ready for its Steam Early Access release next week. 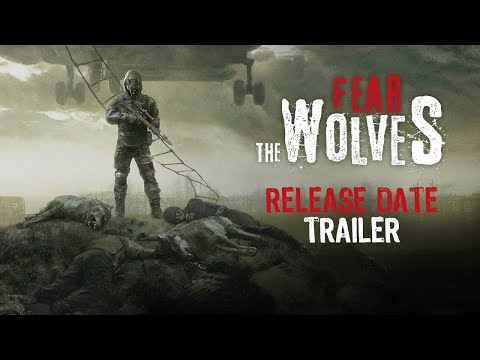 Set within the radioactive remains of Chernobyl, the game is developed by the same team and contains heavy influences to the Stalker series of post-apocalyptic games. Fear the Wolves battle royale takes its Stalker influences and adds the wildly popular last-man standing gimmick. There’s also “unique radiation, weather, and endgame extraction mechanics” which Vostok Games promises will guarantee an “intense atmospheric experience.”

After concluding 6 weeks in closed beta, Fear the Wolves battle royale will go live in Early Access on August 28th. The developers have since added a new map, additional weapons, more items, mutants and weather. They are also promising  large content patches as they continue on with development.

Fear the Wolves will pit 100 players against each other in a winner takes all environment. The game can be played in either squads or as “lone wolves”. While playing, Vostok teases that “everyone is threatened by deadly anomalies and the dynamically-changing weather – voted for by players and spectators, both in-game and on streaming platforms. As time wares on and day turns to dusk, survivors must stay on their toes and constantly adapt to new situations.” Matches end with a race toward an extraction helicopter that appears within the map. Players must then decide whether to make a mad dash and attempt escape, or to sit back and try to pick off those that are making a run for it.

While Fear the Wolves will hit Steam Early Access next week, a full release date is still yet to be determined. All that’s been stated to this point is that the game is targeting a release on consoles and PC in 2019.