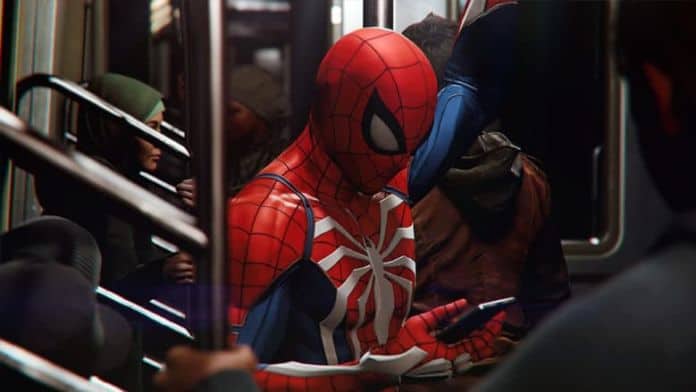 Video game marketing is tough, right? Just think about: trying to sell your game to the cynical masses (many of which can sniff out a bomb after a game’s debut trailer), finding a balance between showing enough of a game but not giving away the milk for free, and trying to keep any of the game’s flaws away from the public eye without being deceptive.

(And if the past has taught us anything, it’s that video game marketers can be incredibly deceptive).

That’s why when a game like Marvel’s Spider-Man PS4 by Insomniac Studios comes around and has such explosive popularity (and sales!), we have to take a moment to appreciate how it got there. 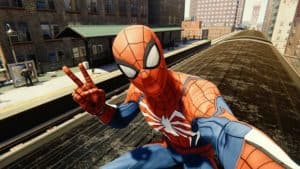 Now, we’ve all seen our fair share of video game marketing blunders over the years that made a great game sell much less than it should’ve (immediately, WildStar comes to mind, but I’ll save that rant for another day). And, on the other side of that coin, we’ve seen bad games that have sold pretty well (like Superman 64…cringe).

So, how did Marvel’s Spider-Man become such a massive success?

Its release was the perfect storm: it was both a great marketing campaign and a quality video game.

Now, a lot of you might be thinking, “Well, it’s Spider-Man – one of the top 3 most popular super heroes of all-time – OF COURSE it was going to sell well).” And, to that, I agree.

However, it’s marketing that takes a Spider-Man game from “sold well” to “explosive sales”.

1. A New Suit Sure Makes a Man Look Good 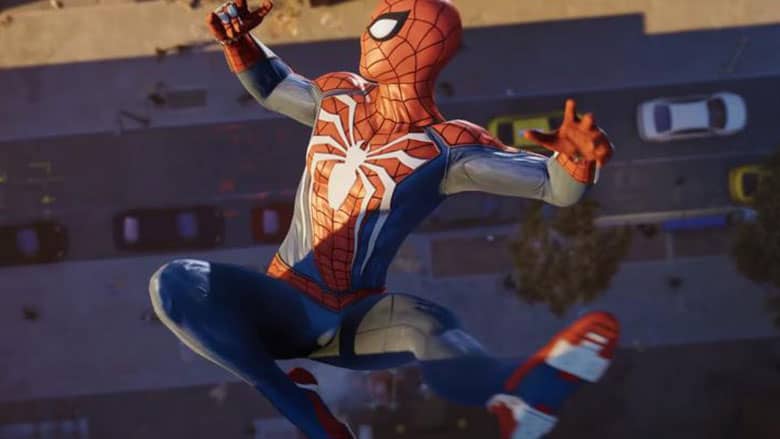 Now, it should go without saying that a super hero’s suit is one of the most important details that could alienate an entire fan base. If you get the costume wrong, you’re immediately fighting an uphill battle to win back that fan base, and quite frankly, once we’ve bitten into a sour grape when it comes to something related to our favorite fandom, that taste just sticks with us forever.

Luckily, Insomniac Games absolutely NAILED a brand new Spidey suit. It’s not too radical of a design that it would make fans question the decision, nor is it just like every other Spider-Man suit. Instead, Insomniac struck the perfect balance, creating something newish that looks pretty awesome.

Almost just as important as that new suit, itself, is how that suit is being marketed to consumers. Insomniac and the PlayStation marketing team haven’t been shy about showing off the fact that this is an entirely new suit. In fact, we got our first look at the entire thing in the first 30 seconds of the 2016 E3 reveal trailer.

I’ll also note the importance of the reveal being in-engine and not CGI. A CGI reveal would’ve been the typical route to go, but the reveal was all in-engine — and that’s important, too.

As my buddy John Saavedra over at Den of Geek points out, the studio was looking to modernize the suit while still paying homage to Steve Ditko’s creation. Essentially, Insomniac’s art director Jacinda Chew focused on how a modern superhero from New York would design his own cool-looking super hero costume, and if there were any fashion-forward way to name her Spidey suit design it would, indeed, be Modern Spidey Chic.

The point, though, is that Insomniac’s team created a great-looking suit that was easy to market to video game lovers and Spider-Man comic enthusiasts alike by giving Peter Parker’s alter ego an update without venturing into radical change territory.

And when you’ve got a great-looking suit, you’ll want to put that on everything. 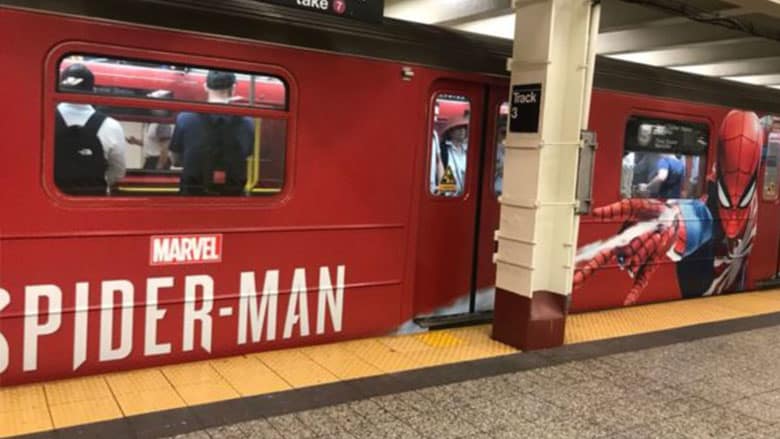 For marketers, obviously the best way to grow brand recognition is to create a cool logo and put it on everything: business cards, t-shirts, stickers, pins, pens, etc. This is why Insomniac and PlayStation new when they had a great-looking suit they had to P.T.O.E. (Put That On Everything).

As I stated above, we got our first look at the new Spidey suit in the debut trailer back at E3 2016, and it soon became the obsession of video game fans. But more importantly, we soon after began seeing the suit and white spider logo everywhere. Geek merch company Merchoid started selling an officially licensed hoodie, GameStop started selling all sorts of Spider-Man PS4 merch like hats and shirts, a prequel novel for the game’s original story, and Titan Books did their obligatory art book (which is awesome, for the record).

Then, of course, there are toys. All of the Spider-Man figures and Funko Pops you could ever imagine, including an awesome figure from Hot Toys based on the PS4 version of the Spider-Punk suit.

We surprisingly didn’t get the official Spider-Man PS4 box art revealed until earlier this year in April 2018, which might have been their only slight marketing misstep, but even getting it in April is early enough, I suppose.

Just before the box art was revealed, Spider-Man made the cover of Gameinformer for their May 2018 issue, and that reveal made a big splash as well.

And then, there was, of course, a TV advertising campaign that saw many commercials for the game on the airwaves, broadcast to millions of fans. Most noteworthy here is PlayStation’s use of the NFL’s opening night to debut a brand new trailer for the game that released the very next day, and it was a longer than average media buy at 90 seconds instead of the typical 30 second spot.

Most impressively, and my favorite bit of video game marketing to date, is how the plastered Spidey’s face on an NYC subway train. It was a brilliant move that had that added aspect of a viral social presence, even getting the attention of major video game news outlets to share with their millions of fans.

The PlayStation brand did an incredible job making the release of Marvel’s Spider-Man feel like a massive event, and when you can create such a buzz around a video game for its launch, you’re going to see huge preorder numbers and huge day one sales. 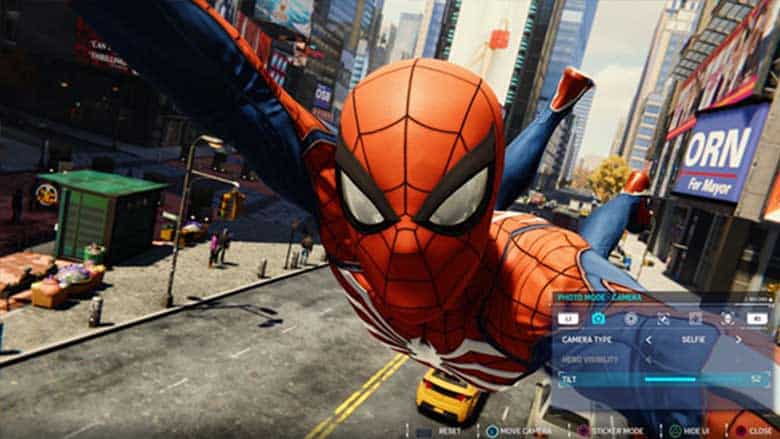 Going viral on social media is the best way to sell ANYTHING in 2018.

Now, with Marvel’s Spider-Man’s incredibly well-done camera mode, it’s essentially a built-in way for everyone playing the game to advertise the game on social media. Those that were playing the game on day one took so many in-game snaps, many of which made it to their social feeds.

When you have millions of players sharing multiple in-game photos of a game (and likely mentioning how awesome that game is in their tweets and posts), you’ve got your own marketing wheel that’ll keep turning on its own, picking up new fans along the way. People will see their friends absolutely loving this game, and then decide that they have to go out and buy it also. Then those players will do the same, buy it, play it, share it on social media, and then possibly get one of their friends to pick it up as well.

Let’s also not forget that the camera mode works so well in Spider-Man for a number of reasons. He’s a fan-favorite super hero that can sling his way up to beautiful, wallpaper-ready scenic views. But there’s also the duality of Spider-Man being Peter Parker who is also a photographer. So, the camera mode really just fits so well in the game that Insomniac would have been crazy to not include it.

The photo mode is most definitely helping to influence potential buyers to actually buy the game, as it creates FOMO (the fear of missing out).

And if there’s one thing that PlayStation’s marketing of Marvel’s Spider-Man did most effectively it’s creating FOMO for PlayStation fans over the past two years since its announcement.

What influenced you most in buying Marvel’s Spider-Man? Sound off in the comments below — we’d love to hear from you!