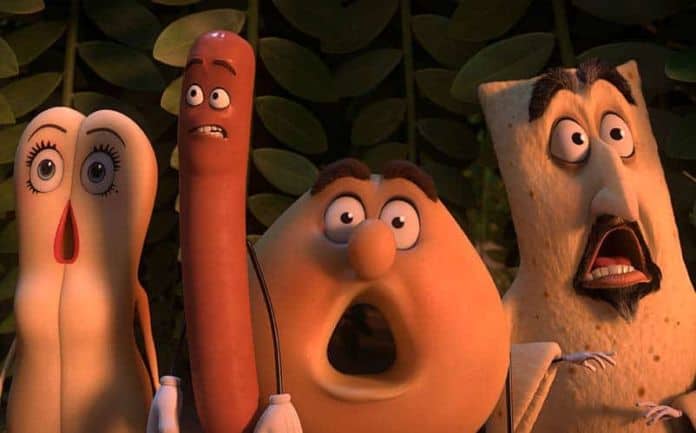 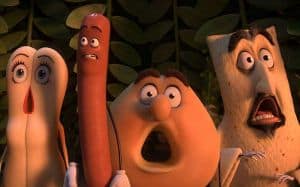 When it comes to Pixar movies, it’s rare we get an adult related spoof or satire of their genre like we do for horror, romance, and even action movies. While this isn’t for any discernable reason outside of the cost to animate, directors Greg Tiernan and Conrad Vernon have decided to take this challenge on with their film Sausage Party. Now, it’s important to understand going into Sausage Party that this exactly the type of stoner, toilet humor that Seth Rogan and company are known for. If you liked films such as This is The End, Superbad, and The Interview than Sausage Party will be right up your alley. It’s also important to note that comedy is one of, if not the most subjective type of filmmaking since everybody has a different sense of humor.

With that being said, Sausage Party is largely set in a grocery store where the food’s dream is to be taken home with the humans who are going shopping. The food view humans as gods and the belief is any food that goes with them will be taken to paradise. Of course, this isn’t the case as any piece of food that goes with us humans is subsequently tortured and eaten alive in body horroresque fashion. It’s a silly premise for sure, but the underlining messages laced throughout Sausage Party is what might catch viewers off guard. Much like other Pixar movies which always have one over-arching message throughout the entire plot, this film focuses around the concept of religion and unity. 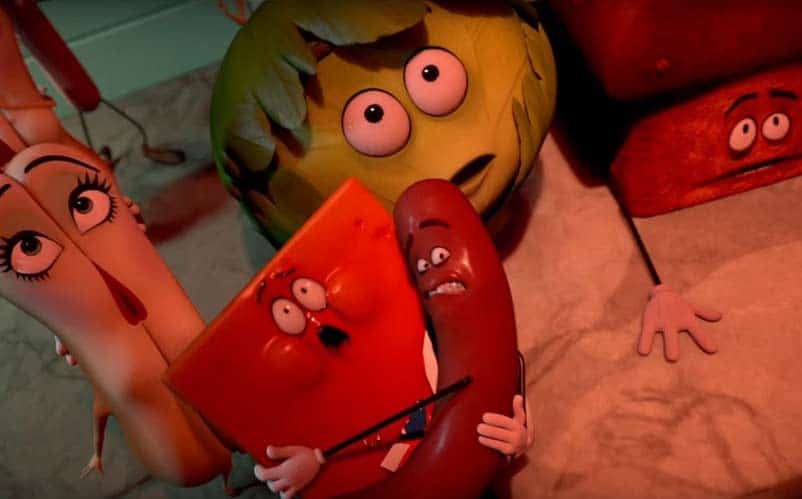 The entire concept of food needing to remain pure and untouched is a clear and bold metaphor for mainstream religions like Christianity. While this may upset some people and their views, it becomes very clear early on that this movie has a lot to say in the realm of religion. Namely, that people need to stop judging others for their beliefs or lack of and we as a species need to come together if we have any chance of surviving. There’s also a fair amount of support for atheists and agnostics as it touches upon subjects such as turning one’s back on faith, how certain religions have been warped to fit ideological agendas and the possible dangers of believing in something you cannot prove.

Something like this could largely weigh a story down, especially a comedy, but the raunchy humor and over the top moments help the film move at a brisk pace. Though the jokes themselves are fairly hit and miss throughout, as Rogan seems to lean on the same joke for too much of the movie. Almost the entire basis for every joke is “Hey look at all the funny sex related jokes we can make with food,” which can only sustain the movie for so long. That’s not to say there aren’t different funny moments throughout, but you can tell that the movie itself is putting too much weight on one gag. This can be especially troublesome if you don’t find that one gag all that funny, as it will basically turn Sausage Party from an all out riot to a slight chuckle-worthy affair. 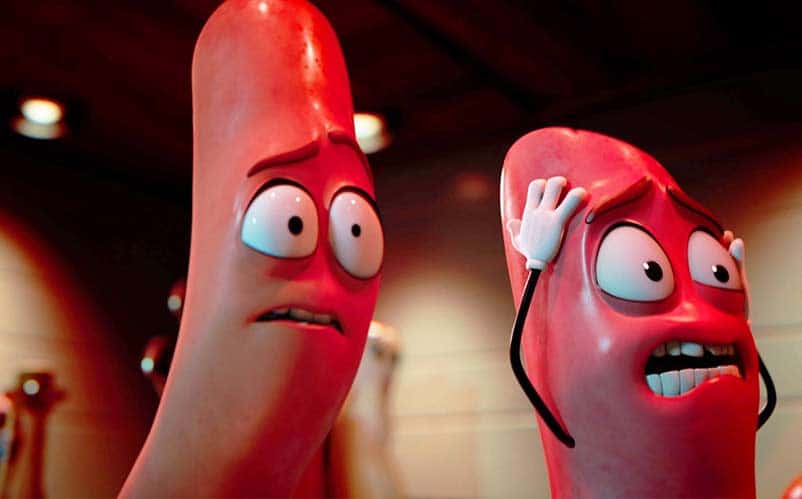 Most of this becomes apparent after the first 20 minutes or so, as many of the jokes centered around the sexualization of food. While I can hardly deduct points for Sausage Party not appealing to my own sense of humor, it would have been nice to see some actual diversity since the setting is so ripe for the picking. Thankfully, the acting from the entire cast (which includes comedy staples like Seth Rogan, Jonah Hill, Michael Cera, Nick Kroll, and Kristen Wiig) is absolutely fantastic and everyone gives their character some great personality.

Much of this comes from the cast being so game for any wild, wacky, and absurd scenario that has been thrown at them. Even though the characters themselves are incredibly predictable for both personality and where their narrative arcs, this doesn’t hinder the film as much as you’d think. The sheer one-dimensionality to many of the characters is needed when you are tossing around ideological and philosophical discussions in order to not weigh the pacing of the movie down.

Though that doesn’t mean the entire story is flawless as the ending of Sausage Party is just weird. While I won’t spoil what happens, it’s pretty clear that the story didn’t know where to go after the big climax. When it ends you might leave scratching you head as to what was even happening or where the plot was even going. It’s as if the writers tried to top themselves with more absurd ideas to end on and just couldn’t figure out which one was the craziest. It doesn’t really give Sausage Party a satisfying conclusion, which is disappointing given the climax itself is so insanely entertaining.

In the end, Sausage Party is another hit for Rogan and Evan Goldberg that will surely rake in a lot of money. If this is your type of humor, you will be delighted with the nonsense and jokes lacing every inch of this movie. Even with a bizarre ending and the script leaning too much on one joke, Sausage Party is a fun summer movie that shouldn’t be missed. Just make sure to eat before the movie begins, trust me.