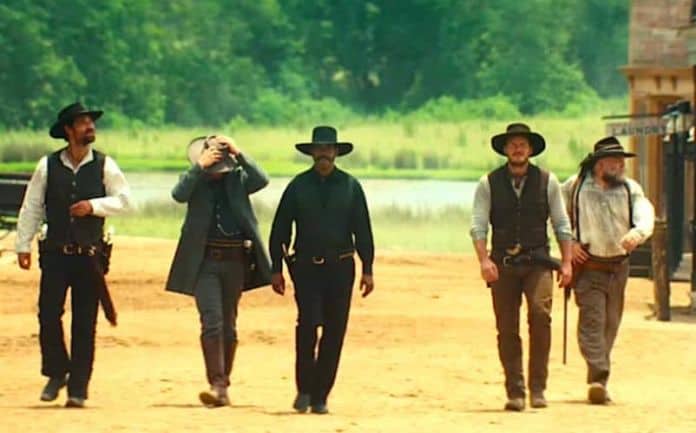 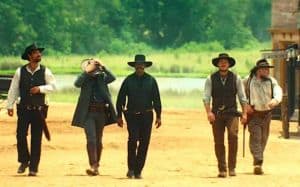 Westerns have always been an odd genre, as Hollywood has desperately been trying to bring them back into the popular culture for years now. This is mainly due to their cheap production costs, easily defined stories, and usually audience-pleasing action sequences that don’t require a mountain of CGI effects. The Magnificent Seven is the latest attempt to revitalize the western with this second remake of the classic 1960 movie of the same name. Directed by Antoine Fuqua, The Magnificent Seven is equal parts classic western tropes, over the top action scenes, and dark comedy. While this was a good kick off to the fall movie season, The Magnificent Seven  sadly doesn’t get out without a few wounds.

The story this time around is about a small mining town that is under siege by a gang of outlaws that have taken control in hopes of obtaining gold. During an opening scuffle between the townsfolk and gang leader Bartholomew Bogue (Peter Sarsgaard), the husband of one Emma Cullen (Haley Bennett) is killed. She then goes out and hires bounty hunter Chisolm (Denzel Washington) to help defend her town and kill Bogue. One thing leads to another and Chisolm hires a group of 6 other characters in order to help him rally the townspeople in hopes of killing every poor outlaw that crosses their path. 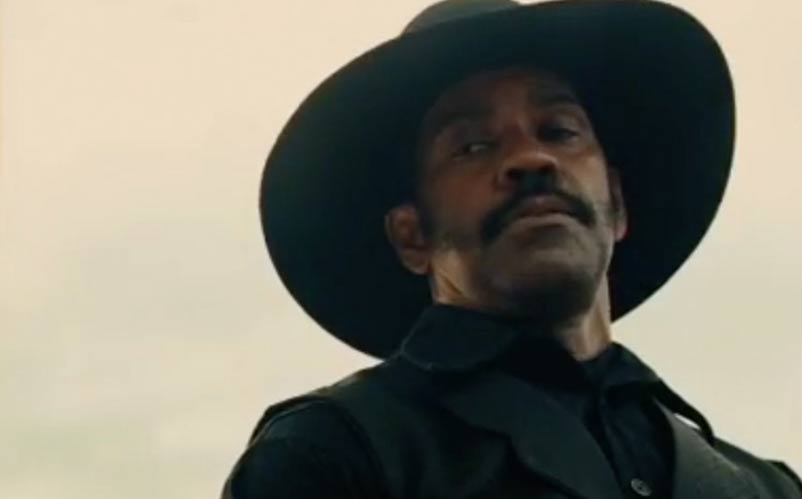 The story is filled with classic macho western themes, but it’s the fun and almost cartoony characters that really sell this film. Washington does a fantastic job as Chisolm and gives a commanding performance, offering a bit of nuance to what would be a typically one-note figure. Though this shouldn’t be surprising as Washington can do these types of roles in his sleep, since the majority of the time these leads are fueled by the star and less about the character. Much like John Wayne, Denzel’s ownself helps to personify Chisolm and allows him to mix a variety of previous roles together into one.

It’s the latter two that were by far the best out of the seven main protagonists as Fuqua did a fantastic job conveying their friendship and the mental struggles that Goodnight is suffering. Even with a fairly predictable third act moment, the emotional connection between the two friends is arguably The Magnificent Seven’s only real emotional actor. This goes for Lee as well, since Billy is pretty much perceived at first to just be a bad ass, knife throwing, quick shooting death machine. Thankfully, there is more to that and by the end of the movie, there may be a tear or two shed over the outcome. 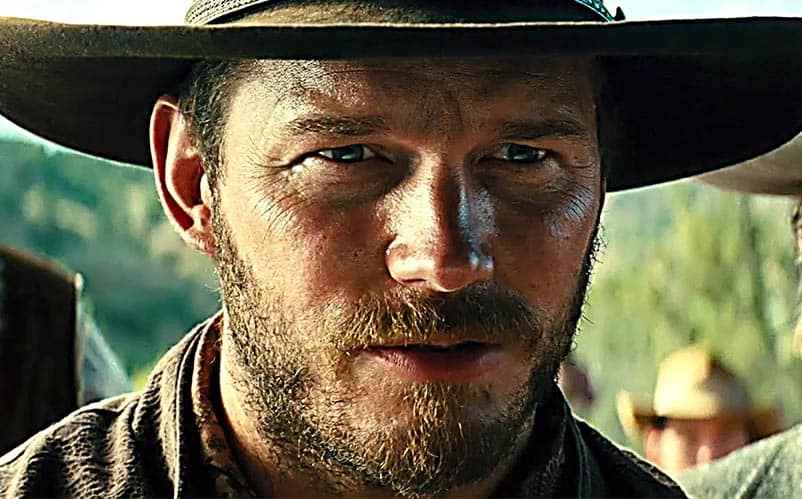 That being said, sadly some of the other characters don’t get nearly as much screentime or development with Horne and Vasquez being the main two. It’s not that their characters aren’t enjoyable just they feel left out of both the big moments and general themes of the film. Now this is obviously for the sake of time, but when Fuqua goes out of his way to make generally interesting personalities for his characters, it’s really a shame we don’t get to dive deeper into what makes each one tick.

Of all the characters, though, this concept is especially true for Bennett’s Cullen who feels borderline forgotten by the second act. Look I get it, you don’t want to bog the story down too much with character development when all we really want to see is a bunch of people partaking in crazy shootouts and fights. Yet, the movie constantly tries to remind us of her importance but ends up forgetting she exists half the time. Her big end of movie moment doesn’t feel earned, especially once we learn the big twist between Bogue and one of our main characters.

This also factors into the pacing of the movie which just seems odd at times. The second act slows down considerably and ends up dragging its feet through some scenes. While the final portion of The Magnificent Seven is by far the best part, the build up to it feels incredibly slow and at times boring. This is mainly due to either we as the audience not getting enough time to watch the characters interact together as a group and the story focusing way too much on Cullen and the townsfolk.

With that being said, The Magnificent Seven is a good action movie that had one of the most entertaining third acts in recent memory. Almost all of the jokes are really funny and it’s nice to see that some of the usually paper-thin archetypes get more development. Even with some pacing and unbalanced moments between characters, The Magnificent Seven is a western that hits its mark.