Triple A Games: Defining What AAA Games Actually Are 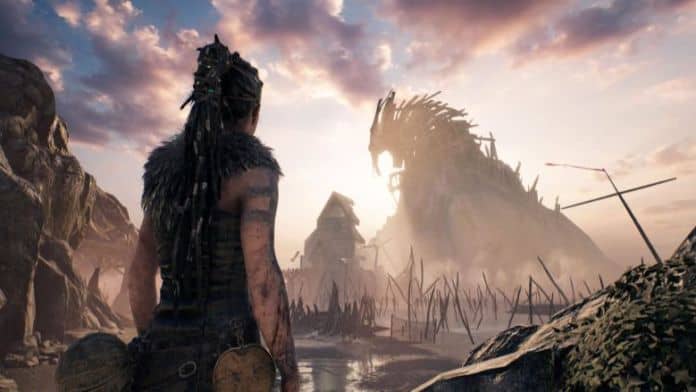 “What is a triple A game” has been an age-old question in the video game industry. As technology advances, smaller studios are able to make increasingly complex games at a lower cost.

If you are new to the question, the entire concept of triple A games must be terribly confusing. As such, let’s start with what triple A games are not: indie.

“Indie” is short for “independent” and often refers to a large range of media that is, in some way or another, produced independently of a publisher or producer. In the case of music or film, that definition might hold water, but unfortunately for video games, “indie” is much more loosely defined.

If a game isn’t considered an indie game, it’s a AAA game.

Some industry members will define indie games by the exact number of employees at a given studio. Any game produced by a studio that houses more than 15 employees is no longer considered an indie game. Furthermore, if the game ends up being published by a large company, it also stops being an indie game.

Both definitions are heavily problematic. The number of employees should matter to an extent, but 15 is a little too exact and too small to reasonably expect a full video game from, much less more than one. 15 or less is the number of a passion project and a few friends to help out. The end product might be an indie game for sure, but the video game industry is far more complex. 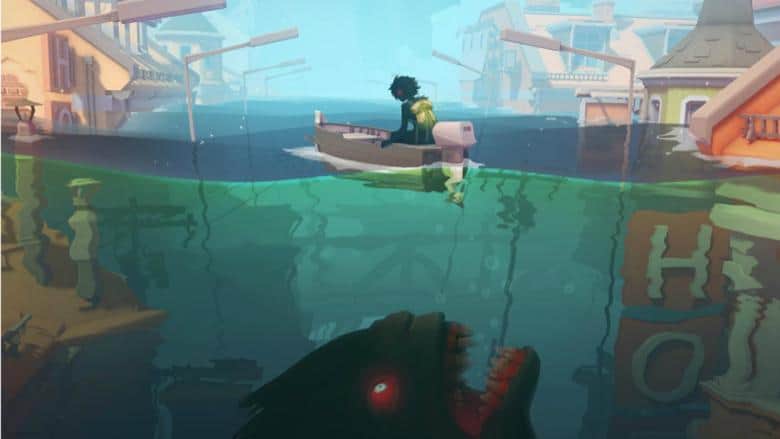 For example, Hellblade: Senua’s Sacrifice was developed by Ninja Theory. This studio is a self-proclaimed indie studio with approximately 20 employees and responsible for such titles as DMC: Devil May Cry, Heavenly Sword, and Enslaved: Odyssey to the West.

Now, all three of those games were published by huge companies (Capcom, Sony, and Namco Bandai respectively), does that make Ninja Theory less of an indie studio or their games less indie? The answer is a matter of opinion. Some might go so far as to say their first self-published game, Hellblade, is their first true indie game. Some might say all of their games are indie because the studio is indie.

Needless to say, the number of employees can make very little difference between an indie game and a triple A title.

As to who publishes the game, in the end, isn’t a fair definition either. Plenty of very small studios end up gaining the attention of large publishers. Though those publishers might invest in the development of the game, any level of involvement in the game itself is completely unknown. It is very rare indeed for a developer to come forward and say just to what degree their publisher changed the game.

Which brings us right back around to Ninja Theory again. What makes their games indie, or Triple A? The publisher or the studio? What makes this even more confusing are the publishing companies out there whose sole goal is to help publish indie games.

Devolver Digital is a popular example here. Their very mission statement is that they are “purveyors of fine digital entertainment wares from independent artists worldwide.” Devolver has a very strict policy in publishing only indie games and they are absolutely not interested in partnering in any manner with other companies.

So if Devolver, as a very well established and popular company, can be responsible for publishing indie games without the games losing their “indie” title, then why can’t EA?

EA, one of the main four publishers in the industry (EA, Sony, Microsoft, and Ubisoft), introduced a program called EA Originals three years ago. EA Originals seeks out indie developers for that one amazing idea. Thus far, the program has come out with one game a year, Fi, A Way Out, and Sea of Solitude. As far as we know, the studio that develops the game remains as it was found with very little interference from EA. In fact, the developers of Sea of Solitude are still small enough to be awarded a grant from the studio’s country, Germany, in order to develop their next game, Sands of Sorrow. 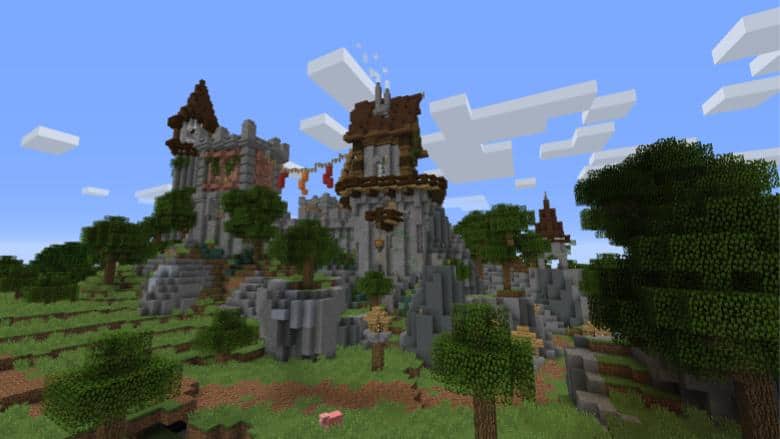 In conclusion, it is quite difficult to define exactly what an indie game is; there are far too many exceptions to every rule. By far, it is best to go with popular opinion, regardless of your own beliefs on the matter, or whatever the game studio says, that’s what the game is: indie or no.

Okay, so, what’s a triple A game then? Now, you know why that’s such a good question. Usually, we define triple A titles as those games made by large publishers and large studios. In terms of defining an indie game, they are usually not made by exceptionally large studios like Bethesda or Activision (independent being the keyword here) – AAA games are.

The problem here lies in time, simplicity, and property rights. 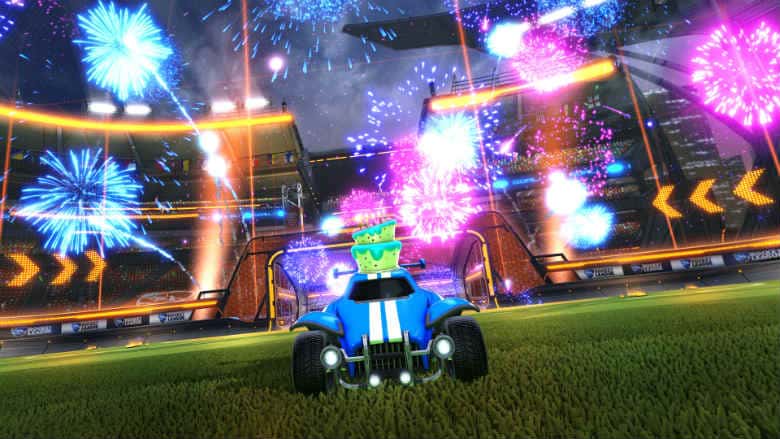 Another example would be Rocket League, a game that started out very small. Developed and published by Psyonix, Rocket League went through a number of title and gameplay changes before it arrived at its powerhouse status that it is today. In addition, as the game gained popularity, Psyonix was able to increase the game’s fidelity (along with new features) and partner with a number of huge publishers, like Warner Bros. and Tencent.

As such, it is even less clear what requirements a game must meet to be triple A title. If the game needs to be produced by both a large publisher and studio, then does the quality of game not matter? There are plenty of broken games published by the main four companies that fall short of most indie games in the world, Battlefield 4 and Anthem being prime examples.

Usually, indie developers have the benefit of a negotiable deadline and can take their time making sure the game is perfect, even if they don’t release the game on the original target date. Triple A titles, however, are often on a rigid schedule with very little room for error. Sometimes, if something is broken it will stay until long after the launch date simply because the publisher would rather the game be out then not at all.

That said, does that make Battlefield 4 no longer a triple A title? Is it an indie title due to poor game quality? In the end, defining a triple A game depends on who you are talking to and what the popular opinion is in that moment. 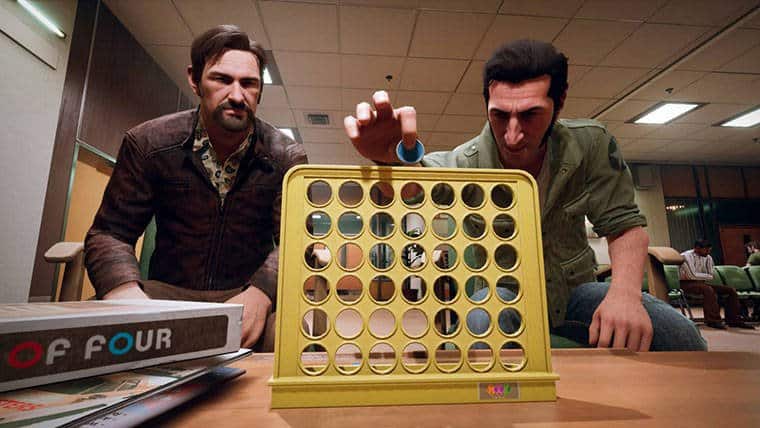 Personally, I think there is still a place for indie games and triple A games, but the gap is narrowing and the line ever more blurred. Technology is getting significantly better and more accessible to more and more developers, including one-man teams. Today we have games like Hellblade, A Way Out, Battlefield 4, and Minecraft fitting somewhere between indie and triple A, not quite in one category or the other.

As far as us here at Nerd Much?, we define triple A games as games that are published by a mega-sized publisher like Microsoft, Sony, Ubisoft, EA, Square Enix, THQ Nordic, etc. As Rhys poses above, does that make games like Fe or A Way Out AAA games? Yes, they are by definition considered AAA games – but they’re AAA games with an indie heart.

Previous articleHarry Potter Towels: Hogwarts Express and Bathtime Bravery
Next articleHarry Potter Hedwig Slippers: Don’t Tread On Me
Rhys Pugatschew
Rhys found his love of gaming in Zelda and expanded to almost all genres. He will be bringing you the latest news in the industry. He has worked for ZeldaInformer and CheatCC, happily writing his opinions for all see!