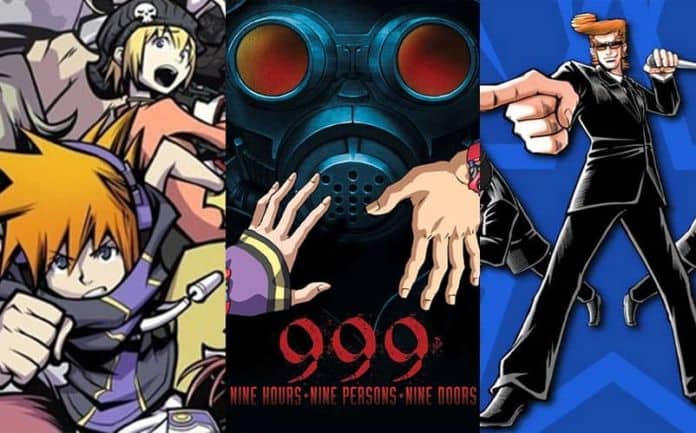 Travel back in time to the early 2000s when the glorious Nintendo DS, or “Dual Screen”, was released. The Nintendo DS was a literal game-changer for Nintendo, as it provided a new and unique spin to handheld devices. With a top and bottom touch screen, the Nintendo DS became a favorite, and its legacy lasted several years. In fact, some of the key DS features are still prominent in the 3DS’s design.

But before the release of Nintendo’s latest handheld, there were several Nintendo DS treasures that were soon forgotten, abandoned for the improved graphics and newer titles that the 3DS offers. The underrated games on this list are gems that are not as appreciated as they should be, most of which aren’t mentioned in the typical “Best Nintendo DS Games” lists you’ll find around the web. Luckily, if you missed out on some of these when they originally released, the good news is that they are still playable on the 3DS.

Here are the most underrated Nintendo DS games that you probably forgot about:

(Note: These are NOT ranked!) 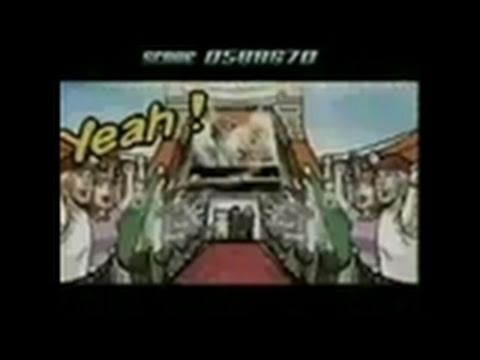 We all reach a breaking point somewhere, no matter how minimal it is. Sometimes, it takes a little motivation to overcome our troubles. This is where the Elite Beat Agents come in.

A group of men with classy suits and funky dance moves, the Elite Beat Agents are called upon in times of need. Their mission? To motivate others through song and dance and save the world in the process.

The concept sounds ridiculous and it absolutely is — but it’s also hilarious and unique. Players take control of their stylus and hit the notes on the screen while a story is shown during particular songs. It’s a rhythm game with an interesting soundtrack that includes Avril Lavigne’s “Sk8er Boi” and Earth, Wind, and Fire’s “September”.

It’s simple, fun, hilarious, and addictive. We sadly never saw a sequel, but it certainly is a great option for fans of other rhythm games.

Trauma Center: Under the Knife 2

Trauma Center, a hospital surgeon simulator, is an intense puzzler that allows you to perform speedy virtual surgery. The first release by ATLUS was known as Trauma Center: Under the Knife, which was later remade for the Wii as Trauma Center: Second Opinion. However, rarely anyone talks about the sequel to the hospital drama, which was an improvement and a fantastic conclusion to the original storyline.

Under the Knife 2 continues Doctor Stiles’s journey as a well-known surgeon, continuing his fight against G.U.I.L.T., a deadly man-made virus that comes in several strains and is spread through bioterrorism. The second game has much-improved graphics and gameplay, as well as further character development (especially between Angie and Derek). Neo-GUILT strains and new characters also keep things intense and interesting. It’s definitely repayable and a great gem for the DS.

The World Ends With You 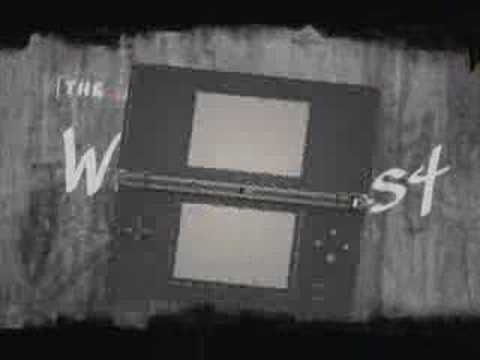 If you were to ask a Square Enix fan what the most underrated Square game is, they most likely would say The World Ends With You, one of the best masterpieces on the Nintendo DS.

An action RPG set in Shibuya, The World Ends With You follows the existence between everyday life (Real Ground) and an alternate universe called the underground. Those who have died and selected to go to the underground must play the Reaper’s Game, with the prize of regaining life or becoming a higher being. However, if those who participate lose the mission, their existence is erased.

The story, characters, and setting is beautiful, making it an instant classic for the DS. Hopefully one day, we will see a sequel. 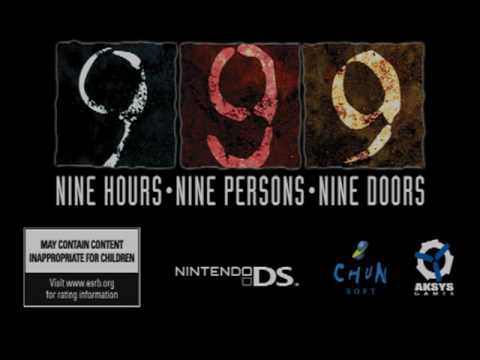 Before the release of Virtue’s Last Reward or Zero Time Dilemma, there was 999, an underrated DS game that kicked off the Zero Escape series, especially in the west. Set in an abandoned cruise liner, nine people from different backgrounds and age groups are forced to play the Nonary Game, their life on the line.

Full of many escape the room puzzles that challenge your brain, 999 acts as a visual novel and features decisions that lead to one of six different endings. Player choice was emphasized when creating this game, and it requires multiple playthroughs to get the best outcome, as there are so many twists and turns in the storyline that will surprise you.

For those interested in the Zero Escape series, this game is recommended to start. Guides are especially useful to obtain the bad and good endings. 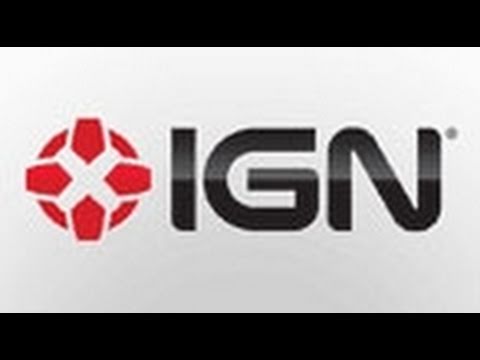 Developed by the masterminds of the Fire Emblem series, Advance Wars: Dual Strike is a severely underrated game. Using turn-based tactical gameplay, players must defeat the enemy army with their own. Units consist of both air and ground soldier as well as COs (commanding officers) who strategize, command and build units.

The story is pretty interesting as well and is broken apart into several missions for players to tackle. Dual Strike specifically focuses on two protagonists, Jake and Rachel, who are members of the Orange Star Army. There is also a multiplayer feature for those who want to play with their friends. Dual Strike is considered one of the best in the Wars series. 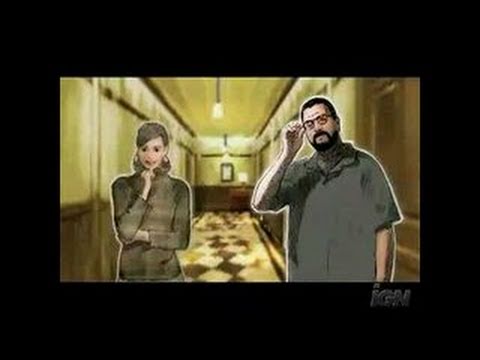 Known as a detective game that will make you turn your DS around like a book, Hotel Dusk is a unique take on the genre and an underrated gem on the DS. The story follows Kyle Hyde, a former detective, and Red Crown salesman, who happened to take a stop at a rustic hotel. Players must interact with objects in the environment, solve puzzles, and talk to the workers and guests to uncover the many mysteries within.

The storytelling in Hotel Dusk is so great that you feel like you really are there and know the characters over the course of the game. If you like mystery novel games with a bit of exploring, it’s a great option — which is why we also included it on our list of the best mystery games available. 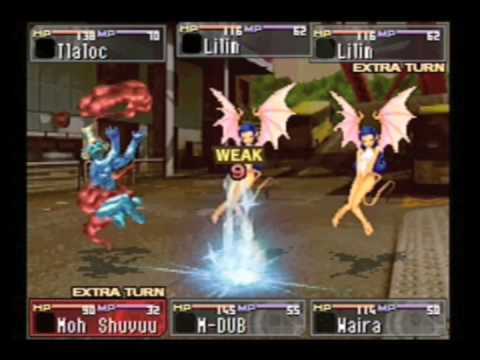 A little bit of Persona and Fire Emblem game mechanics makes for the amazing world of Devil Survivor, an SRPG with addicting gameplay and deep philosophical themes. Before the remake Overclocked came out, the original game was released for the DS. The characters literally fought with COMPS that looked exactly like the handheld game system.

Chaos erupts in Japan as the battle between angels and demons creates a devastating struggle for survival. Characters have death counters above their heads that reveal how long they have left before they die, and players must prevent their demise. Players also must undergo strategic missions where they must survive and defeat the demons in their path. It’s kind of like Pokemon, but much darker and harder, but it’s a fantastic game.

It’s also worth noting that the characters are fantastic and there are several different routes that make for multiple playthroughs. Minus a few features, the original is very similar to the updated version of Overclocked. 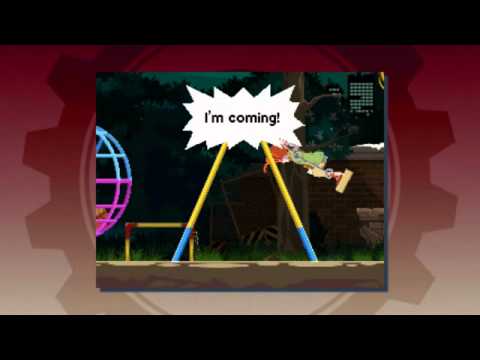 Sissel is dead. However, he is now a ghost that can navigate the world in a whole new way. In an attempt to find his killer, Sissel gains powers that can save the living. It’s up to him to save someone from death with his “ghost tricks”, which manipulate the environment around him.

Ghost Trick is a fantastic, yet obscure title from one of the creators behind Ace Attorney. Solving puzzles and transferring through objects, players can take the role as a ghost, switching between the Land of the Living and the Ghost World.

The game is super stylish and has a lot of fun puzzles to solve that require you to think creatively. Underrated, indeed. 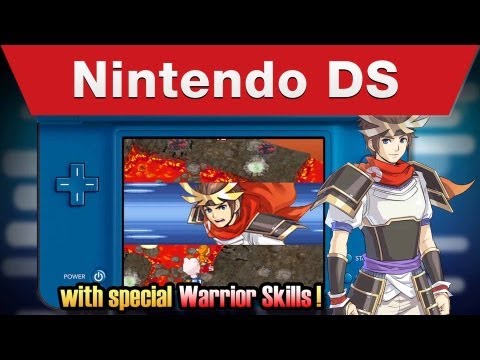 One of the very last games to release on DS, Pokemon Conquest was somewhat overlooked.  For such a prominent series as Pokemon, it’s hard to find an underrated gem. However, Conquest takes the series in a whole other direction as a crossover between Pokemon and Nobunaga’s Ambition.

Instead of turn-based 1v1 gameplay, Pokemon Conquest features a strategy RPG element that was not present in any other series. Another notable difference is that Pokemon can only use one move rather than a move set. The goal is to create perfect links with your Pokemon and max them out in order to improve their stats.

Although Pokemon Conquest is a spinoff of the popular series, it really never got much attention, which is a shame since it is a worthwhile game. 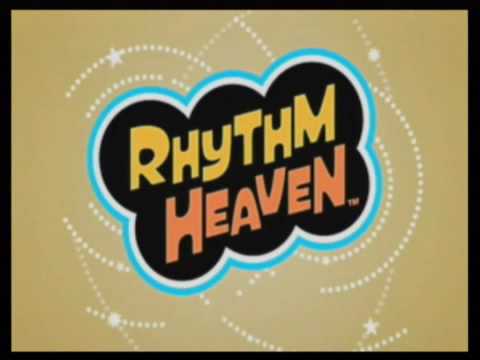 When thinking of rhythm games, the first thing that usually comes to our mind is music and dancing. However, Rhythm Heaven is a bit different in its execution. Having several stages with different objectives, players must use hand-eye coordination to get past the quirky, mini-game-like stages.

Rhythm Heaven is super fun and totally has a Nintendo vibe. The scenarios are cute and unique, and the series is often underappreciated as a whole.